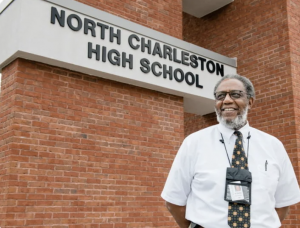 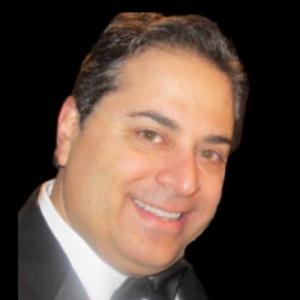 Raymond Reggie, also known as Ray Reggie, launches a new website with a goal to spotlight everyday heroes across the country.

"I want to make these people famous for the right reasons. They deserve all of the gratitude and respect in the world!"
”
— Raymond Reggie

NEW ORLEANS, LOUISIANA, UNITED STATES, February 18, 2021 /EINPresswire.com/ — New Everyday Heroes website by Raymond Reggie focuses on spotlighting the great men and women of our nation that do incredible things in and around their local communities. When asked about his new website, Reggie stated; "I want to make these people famous for the right reasons. They deserve all of the gratitude and respect in the world!"

The new website will have a feature that allows users to submit people they feel should be spotlighted on the new website. Raymond Reggie and his team will go through every submission personally and learn about these everyday heroes. The website's very first submission and article focuses on Henry Darby, a Principal of a High School in South Carolina.

Here, is where we stumble upon the everyday hero that finds a way to give back. I came across a story recently on ABC news about Henry Darby, a Principal of a HighSchool in South Carolina. Darby is a long-time educator, and as such has very close ties to his students as well as the school at which he is employed. Not long ago, Henry Darby discovered that two of his students were homeless, and had done what they can to make a shelter underneath a nearby bridge. Over time, several other situations came to light regarding homelessness, food insecurity, and financial insecurities of both current and former students. Henry Darby, who is now hailed as his community’s guardian angel, chose to act instead of stand by. The high school Principal acquired a second job, working at a local Wal-Mart from 10pm-7am restocking shelves three nights a week. The intent, which proved to be an astounding success, was to donate 100% of his wages from his position at Wal-Mart to families, students, and other community members in need. Darby’s actions have benefitted many people of the North Charleston community, and his story even went viral. As word about Henry Darby spread, donations started to come in, and in no short supply. Soon, Darby received over $100,000 in total donations, and once Wal-Mart heard the news the company donated an additional $50,000 dollars to Henry Darby’s high school. It’s the everyday heroes that help our communities minimize income disparities among residents. There has been a rise in such actions that include coming together to pay student lunch debts, donations of clothes and furniture, and many others that have helped families across America begin a new day. It's no surprise that we look to our small communities to enrich each other, as homelessness, hunger, and other financial insecurities are a very large piece of our current reality.

Reaching out to community organizations is a great first step in helping others, and if you are curious about where to go, there are many options: Feeding America, Meals on Wheels, Habitat for Humanity, American Red Cross, Boys, and Girls Club, Among many others. All of these charities work nationally within the USA, and donations received monetarily or otherwise go right down to the members of the community that need it most. So when they say “no news is good news,” that isn’t always necessarily the case. The key is to look beyond the major national stories and into the current events of your local community. It’s here we find the everyday heroes. They are our friends, teachers, coworkers, and colleagues. Whether your actions are of great statures, such as Henry Darby and his second job, or even just an hour here and there volunteering, you, too can be an everyday hero that makes a big difference.