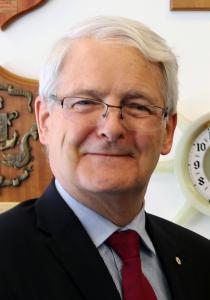 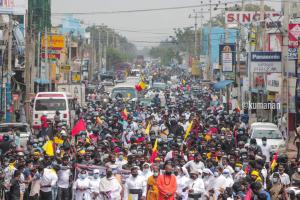 "We specifically urge you this request after losing any hope of getting justice for war crimes, crimes against humanity, and Genocide committed against Tamils"

In a letter to Canada's Foreign Minister Marc Garneau, the organizers of North-East Civil Society Forum, who led tens of thousands in the recent Walk for Justice for Tamils, urged him to take steps to refer Sri Lanka to International Criminal Court (ICC).

"We from the North – East Civil Society Forum who organized the recent Walk for Justice for Tamils which was joined by tens of thousands of Tamils despite attacks, Harassment and intimidation by police and special task force, appeal to you to include in your Sri Lanka Resolution at the UN Human Rights Council, to Refer Sri Lanka to the International Criminal Court (ICC) for War Crimes, Crimes Against Humanity and Genocide committed against the Tamil people by the Sri Lankan State" said the letter.

"As you are aware, Michelle Bachelet, the United Nation’s High Commissioner for Human Rights in her Report dated 12th January 2021 urged UN Human Rights Council Member States to take steps toward the referral of the situation in Sri Lanka to the International Criminal Court (ICC)."

"We specifically urge you this request after losing any hope of getting justice for war crimes, crimes against humanity, and Genocide committed against Tamil people by the Sri Lankan State".

THE LETTER HIGHLIGHTED THE FOLLOWING INTERNATIONAL CRIMES COMMITTED AGAINST TAMIL PEOPLE BY THE SRI LANKAN STATE:

1) According to the November 2012 Report of the UN Secretary-General’s Internal Review Panel on UN Action in Sri Lanka, over seventy thousand (70,000) Tamils were killed during the final six months of the war that ended in May 2009.

2) Several were killed when Sri Lankan forces repeatedly bombed and shelled an area designated by the Government as No Fire Zones (Safe zones). Even hospitals and food distribution centers were bombed. Several also died of starvation and bled to death due to lack of medical treatment.

3) International Truth and Justice Project (ITJP) in February 2017 handed over details to UN of Sri Lankan Military run "Rape Camps", where Tamil women are being held as “sex slaves.”

4) According to UK Foreign and Commonwealth Office report on April 2013, there are over 90,000 Tamil war widows in Sri Lanka.

5) Thousands of Tamils disappeared including babies and children. UN Working Group on Enforced Disappearances stated that the second-highest number of enforced disappearance cases in the world is from Sri Lanka.

HISTORY OF FALSE PROMISES BY THE SRI LANKAN GOVERNMENT:

We also would like to bring to your attention that successive Sri Lankan Governments have failed to implement any of the UNHRC Resolutions, including the ones they voluntarily co-sponsored.

The previous Government not only failed to take any meaningful steps to implement the Resolution that it co-sponsored, on the contrary the President, Prime Minister and senior members of the Government have repeatedly and categorically stated that they will not implement the UNHRC Resolution.

The current new Government went one step further and officially withdrew from the co-sponsorship of the Resolutions 30/1, 34/1 and 40/1 and walked away from the UNHRC accountability process.

Furthermore, as a snub to UNHRC, only soldier who was ever punished and sentenced to death for killing civilians including children were pardoned by the current President.

Also, several senior military officials who were credibly accused of committing war crimes have been given promotions and treated as “war heroes.” One officer who was named in UN reports as a suspected war criminal was promoted as a four-star General.

THIS LETTER WAS SIGNED BY: