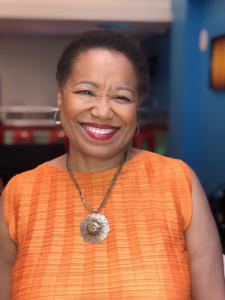 WASHINGTON, DC, UNITED STATES, February 25, 2021 /EINPresswire.com/ — Members of the USTRHT Leadership Group today voiced their strong support for a United States Commission on Truth, Racial Healing and Transformation (TRHT), legislation that was reintroduced today in the House by Rep. Barbara Lee (D-CA) and in the Senate by Sen. Cory Booker (D-NJ).

The TRHT Commission would be a catalyst for eliminating racial inequities by examining the ongoing impact of slavery, structural racism and discrimination against people of color. The legislation, which is supported by a broad coalition of members of Congress as well as community partners, was originally introduced by Rep. Lee on June 4, 2020, and by Sen. Booker on December 3, 2020.

“For more than 400 years, 4000 months, and 200 million minutes, the United States of America has lived with the sin of slavery. Now is the time for truth, racial healing and transformation. We must repair and heal what has been broken and violated in order to achieve the more perfect nation we seek and deserve,” said Dr. Marcus Anthony Hunter, Co-Chair of the USTRHT Leadership Group, Scott Waugh Endowed Chair in the Division of the Social Sciences at UCLA and Transformation Architect with #BreatheWithMe Revolution.

“Healing is about utilizing the authentic stories of individuals to help understand and embrace our common humanity, to remind each of us of our own humanity and the power we have to generate change, and to welcome our role in going beyond winning individual struggles for change to changing the structures, systems, policies, and practices that divide us,” said Dr. Gail Christopher, Co-Chair of the USTRHT Leadership Group and Executive Director of the National Collaborative for Health Equity.

“Systemic inequity persists in the United States in part due to the suppression of narratives. The establishment of a U.S. Truth, Racial Healing and Transformation Commission would be an important step in the journey toward narrative change, racial healing, and social transformation,” said Dr. Charles Chavis, Co-Chair of the USTRHT Leadership Group and Professor of Conflict Resolution and History at George Mason University’s Carter School.

The TRHT framework was first developed in 2016 under the guidance of Dr. Christopher at the W.K. Kellogg Foundation. The year-long design process was informed by 176 community and civic leaders, scholars and practitioners. The framework seeks to jettison the belief in a hierarchy of human value based on race by centering transformative approaches to community-based healing and supporting the pursuit of actionable change. It has been implemented in a wide variety of communities, including on university campuses.

The USTRHT Movement advocates for the implementation of the framework on a national level with other approaches seeking to eliminate racism in American society. Since December 2020, the Movement has gained the support of more than 240 organizations representing a wide cross-section of the U.S. public.

To support the Movement, the USTRHT Leadership Group is currently developing initiatives to expand current truth-telling and racial healing efforts across the country. One such initiative is the establishment of an Archive for Racial and Cultural Healing (ARCH), which will serve as a highly-accessible, digital, and multi-sited “repository of accountability” for restorative justice.

The National Capital Region ARCH—which is supported by George Mason University, UCLA and the #BreatheWithMe Revolution—will be designed to create and maintain an accurate national history of more than 400 years of racial injustice. The archive, which is expected to launch in June 2021, will seek to inform policy, law, and social justice efforts and provide evidence to advance the broad movement for reparations.

As the USTRHT Movement grows, the USTRHT Leadership Group invites both individual and institutional partners to support truth, racial healing and transformation in the United States by joining the call for a U.S. TRHT Commission.