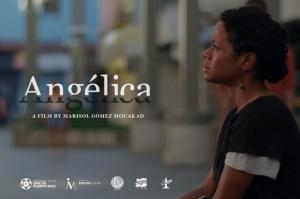 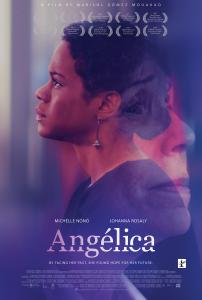 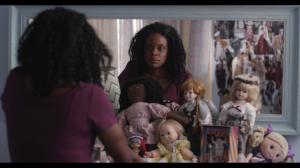 Angelica and her dolls

ANGELICA is a psychological drama that exposes the implications of racism and sexism upon a family and its members in Puerto Rico.

ANGELICA is a psychological drama that exposes the implications of racism and sexism upon the family and individual, reflecting upon how the oppressive nature of both racism and sexism, affects family relations and the individual.

Angelica, after a long absence from Puerto Rico, returns home when her father, Wilfredo, suffers a stroke. This unexpected return and her father's illness force Angelica to re-evaluate her relationship with her mother and family members who don't accept her because of her skin color. She must face herself and discovers that she does not know who she is. After her father's death, Angelica must decide whether to return to the comfort of her previous life, dissatisfied, but secure, or set on an adventurous path to rediscover herself as an independent, modern, strong, black, and Puerto Rican woman.

“People talk about racism and sexism in the U.S.,” Gómez-Mouakad explains. “They may not do much, but in talking about it they are at least addressing the problem. In Puerto Rico — and across the Caribbean and Latin America — there is a lot of denial. If you do talk about the issues, you are accused of being over sensitive. But words have power and words can hurt.” ~ director Marisol Gómez-Mouakad

ANGELICA is set to get a virtual release in major markets including New York, Los Angeles and Chicago on August 20. The virtual release will be followed by a digital and home-video release.

"Purposely challenging the Eurocentric beauty standards that blatantly plague Latin America on and off screen, Puerto Rican director Marisol Gómez-Mouakad sets out to tell the story of an empowered Afro-Latina fighting colorism at home in her debut feature Angélica." ~ Remezcla

"In addition to the theme of racism, the film touches upon the implications of machismo in a patriarchal society from the perspective of women." ~ Repeating Islands

"Another glorious, glorious portrait on race and the roles women play—by pressure, by tradition, by choice. " ~ Guilie Castillo Oriard

Marisol is a Puerto Rican filmmaker and painter who completed a Masters at the New School in New York. She also participated in various screenwriting and acting workshops. She was selected to participate in IFP Project Involve workshops in the spring of 2005 and Talent Campus Guadalajara in 2009. Her first and second short film, Rosa and Lazos respectively, have premiered in various international film festivals. ANGELICA is her first feature film.

ABOUT ARTMATTAN FILMS
ArtMattan Films celebrates in 2021 twenty nine years of exposing US audiences to a large variety of films about the human experience of people of color in many parts of the world. Films released by ArtMattan Films include Kirikou and the Sorceress, The Tracker, Gospel Hill, Scheherazade, Tell Me a Story, The Pirogue, Tango Negro: The African Roots of Tango, Stand Down Soldier, White Lies, The Man Who Mends Women, The Citizen, Mama Africa: Miriam Makeba and most recently The Last Tree, Made in Bangladesh and Marighella. More info at www.AfricanFilm.com