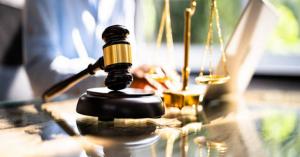 FREEHOLD, NEW JERSEY, USA, September 13, 2021 /EINPresswire.com/ — As previously reported, the case of State of New Jersey v. Franklin Horton in the Monmouth County, New Jersey Superior Court, concerning first and second and fourth degree charges on alleged sexual assault of an underage girl was issued a schedule order for an acquittal petition hearing on Sep. 15, 2021, before first-successor, Judge Torregrossa-O'Connor. But more recently, an updated court schedule shows that Judge Ellen Torregrossa-O'Connor will be replaced with Judge Joseph W. Oxley for this week’s hearing.

If convicted, the defendant, Franklin Horton, a 68-year-old African-American landscaper from West Long Branch, N.J., stands to spend 25 years to life in prison. But presently it has been more than three years since Horton was originally arrested, indicted, and jailed without allowance of bail.

Markedly, prior to his judicial appointment, Oxley, as the Monmouth County sheriff, was involved with the prosecution of a Caucasian handyman accused of a sexual offense. Thus, fortuitously, Horton’s trial case will be Oxley’s second time involved with a prosecution against a handyman accused of a sex crime. In the earlier handyman prosecution, then-Sheriff Oxley told reporters (https://www.nytimes.com/2006/08/19/nyregion/19monmouth.html) that he placed the alleged offender in protective custody“ since accused child molesters don’t do well in the general population.” But, contrarily, Horton, Oxley’s latest handyman-sex crime defendant has remained in general population while seemingly pending trial since 2018.

Irrespective of the ’[Do] Black Lives Matter' movement in 2020- statistically, according to an ACLU report in 2014 (https://www.aclu.org/sites/default/files/assets/141027_iachr_racial_disparities_aclu_submission_0.pdf), Black defendants are treated more harshly when their victims are Caucasian, but receive leniency if their victims are Black, or if the accused belongs to a higher social class.

Wednesday’s acquittal petition hearing will likely discuss the polarity between such allegations as to a minor at the age of 12, opposed to a victim who is 13 or older. Consequently, the search for answers to authenticate these critical facts has remained a vexed question of public interest since the outset, among other things that will be argued between the New Jersey AG’s special-appointed prosecutor Carey Huff and Horton's defense counsel Albert Kapin in less two days.