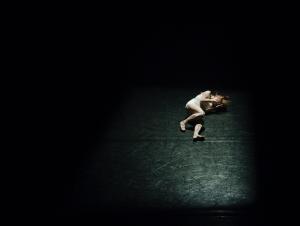 Photo by Hailey Kean on

NGOs denounce that, despite the numerous political initiatives in recent years, practically no progress is made in protecting victims at the European level.

BRUSSELS, BELGIUM, September 23, 2021 /EINPresswire.com/ — September 23 is honored by many as the International Day against Sexual Exploitation and trafficking of women and children.

World Conference of the Coalition Against Trafficking in Persons in coordination with the Women’s Conference held in Dhaka, Bangladesh, established this day in January 1999, to celebrate the enactment of Law 9.143 on September 23, 1913, in Argentina, the first legal norm in the world against child prostitution.

NGOs denounce that, despite the numerous political initiatives announced in recent years, practically no progress has been made in protecting victims either in Spain or at the European level. This Thursday marks the International Day against Sexual Exploitation and Trafficking of Women, and Scientologists urge that all society do something about it.

As Nelson Mandela said on June 23, 1990, during his speech at the Madison Park High School, Boston, “Education is the most powerful weapon which you can use to change the world.” The approach of the Church, based on the teaching of L. Ron Hubbard, has always been one of solving problems through education and the rising of awareness. Parishioners worldwide have been and continue to promote the campaigns “Know your Rights” of United for Human Rights and Youth for Human Rights. At the same time, they give voice to top experts on the field of trafficking and sexual exploitation in many events that have taken place both inside the churches and at the headquarters of the United Nations in New York and Geneva during sessions of the Human Rights Council.

Ivan Arjona, a Scientology European representative and who also chairs the UN ECOSOC Foundation MEJORA (Foundation for the Improvement of Life, Culture and Society), said that: “churches of all denominations and many non-religious NGOs are doing a great job on raising the awareness of society to the problem. Nevertheless, the consumption of pornography is triggering further demand of trafficking, and we offer the other NGOs and churches our respect and support to put an end to this global pandemic problem.”

As reported by the Spanish online newspaper Publico “Human trafficking and exploitation is one of the most lucrative businesses globally. According to official estimates, in our country, it moves about five million euros per day. The figure rises to more than 35,000 million euros in the European Union as a whole. According to data from the European Union, a crime that destroys the lives of millions of human beings in the world and that, according to data, especially targets women and girls”.

According to a report prepared by the EU Committee on Civil Liberties, Justice and Home Affairs (LIBE) and the EU Committee on Women’s Rights and Gender Equality (FEMM), almost 75% of all trafficking victims are women and girls. The most widespread form of trafficking in Europe is sexual exploitation (60%), and 92% of the victims of trafficking for sexual exploitation are women and girls. Of the total number of trafficked persons, almost a quarter are minors. Of these, 78% are girls.

On September 29 (at 5 pm Brussels time), honoring a week of tribute to the International Day against Sexual Exploitation and trafficking of women and children, the Scientology’s foundation Fundacion MEJORA will be holding a webinar through Facebook and YouTube on the “thin line between pornography and human trafficking” with presentations from two top experts on that field.