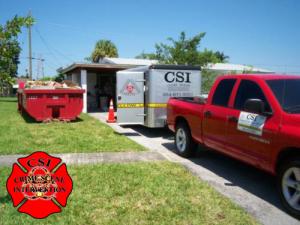 Suicide can be Prevented! Suicide Clean up in South Florida by CSI

Suicide Clean Up can be avoided if Suicide Prevention is spoken about more often – You can trust a firefighter, it's okay to speak up and feel better

The longer we dwell on our misfortunes, the greater is their power to harm us.”
— Voltaire

Anyone struggling with thoughts of Suicide or Anxiety

Suicide is not the answer and can be prevented – Suicide Hotline

Suicide can be prevented through communication! CSI Crime Scene Intervention is sponsoring South Florida’s Suicide Prevention campaign throughout the coming holiday season. How can you promote suicide prevention? Talk to the ones you can about and speak about emotions! Turn off the TV and reach out to those who might be struggling. You can trust a firefighter so let’s talk about suicide prevention in South Florida!

Suicide rates in Florida are on a rise. Too much technology and disconnection allow hurt minds to wander to dark places. Many of those who have served in the military or frontline know exactly what is meant. Suicide does not have to happen. Communication can save a life. Speak up if you or a loved one is feeling blue. There is a whole month called Suicide Prevention Month dedicated to getting the message out that communication is key in saving a life from suicide! There is even a suicide prevention hotline set up for this exact measure! Anyone struggling with thoughts of suicide or anxiety needs to reach out and chat with someone!

Suicide affects every region of the world. So much so there are suicide prevention colors and suicide prevention days. But all we have to do as humans is to communicate more! Teen suicide prevention is at an all-time critical mass. Suicide Hotlines are set up all over the world to help ease the pain and let some anxiety go. The rate of suicide in South Florida climbs every year, especially during the holiday season. Stan Buryn at CSI Crime Scene Intervention wants to promote Suicide Prevention all holiday season. Love your family and friends and make sure to communicate about this emotional roller coaster.

When life is tough, suicide is not the answer. There is always light at the end of the tunnel. There is always hope for the hopeful. When you are feeling blue and down, reach out to love ones or call dedicated hotlines like Suicide Hotline. Suicidal thoughts can happen to anyone. You are loved and this will get better. Suicide is not the answer, so let’s talk about it…

CSI Crime Scene Intervention is a group of firefighter/paramedics in South Florida offering crime scene and suicide clean up. CSI says you can trust a firefighter! Suicide can be prevented if you speak out! If you need our assistance in South Florida, please call Stan directly. For suicide hotline call 800-273-8255.