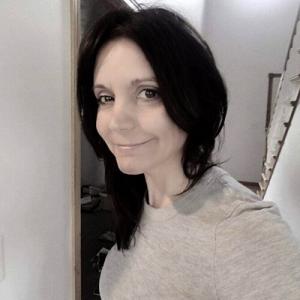 APPLETON, WISCONSIN, UNITED STATES, October 4, 2021 /EINPresswire.com/ — Close Up Radio usually features interviews with entrepreneurs who are making a difference, but every now and then we give our guests a platform to share an incredible story.

Heather Rawlings Davis has previously been featured on Close Up Radio as the founder of Polli Wogs and Camp Chocolate, but on this show, Heather will share her personal battle with complications from a Class III life-saving medical device implant.

According to Heather, Johnson & Johnson, MENTOR and Ethicon do not have any standards of care for women with these devices.

“They handed out cards that have to be presented at an airport for example that says I’ve got a device, but nothing was ever described before surgery or after surgery regarding that card,” says Heather.

Devices that are not clearly defined become susceptible to greater risk of injuries. By 2012, there were already indications that these devices may increase the risk of cancer. Still, there were no standards of care or preventative measures to take, nor any post-surgical instructions of what Heather’s life would be like as a result of having this device.

“Class III life-saving medical devices come with lifetime warranties,” says Heather. “I called the hotline in the back of the card. No response. That company had been sold off and my lifetime warranty had been purchased by Johnson & Johnson. I asked them for a written copy of the standards of treatment and care, as well as the protocol of treatment. They couldn't provide that in writing. They couldn't give any standards of care.”

When a device with a lifetime warranty does not have the written standards of care, what can women do? Heather has turned everywhere for help and been refused by numerous attorneys and even former Governor Scott Walker, Senators Tammy Baldwin and Ron Johnson.

“My children also should not have to bear the responsibility of these corporations’ inability to respond to the patient and consumer,” says Heather.

Heather’s ultimate goal is to shine a light on what's happening to her in the hopes that she can find some resolution.

“This is a bigger women's health issue that has not been addressed or discussed,” says Heather. “The United States is the home to the best medical treatment in the world. This shouldn’t be happening.”