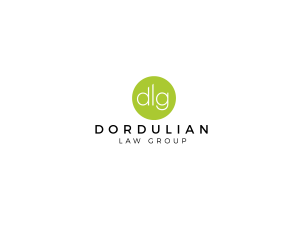 As is often the case with wealthy and powerful men, when the woman will not go along with what's demanded the man simply feels it’s his for the taking. We marshaled the evidence and justice prevailed.”
— Samuel Dordulian

WHO: Jamie Nicole Baca approached the local Pasadena Angels investment group (akin to television’s “Shark Tank”) to pitch her company, JNK Cosmetics, in 2016. One of the primary members, Mustapha Baha, initially expressed interest in the venture but then suddenly disappeared. Months later, Ms. Baca sent Mr. Baha a LinkedIn invitation in an effort to clarify why he had abandoned the investment after initially expressing interest.

Baha testified that the LinkedIn invitation from Ms. Baca was a clear signal that she must be interested in him romantically, and insisted that soon thereafter the two were officially dating (we were able to demonstrate otherwise with emails and various correspondence proving the relationship remained about business). Baha abused his position of power and influence over this potential investment as a lure to string Ms. Baca along because he found her physically attractive. In order to consider her potential investment, Baha insisted that they have weekly meetings in order to “get to know her personally, not just the company.”

The two met on a total of three occasions after the LinkedIn request. Baha falsely testified all meetings were actually dates. At the second meeting, he coaxed Ms. Baca to go to his house under the guise that he had to let his dog out who was stuck there for hours. At his home, Baha showed his true colors and attempted to kiss her. When Ms. Baca rebuffed his advances and told him she was there only for business, he apologized. Later, after insisting that they “work together” to complete her investment, a third and final meeting was scheduled to go over various documents. During that last meeting at his home, Baha again began to compliment her looks and placed his hand on her thigh. When he was rebuffed again, he forcefully groped Ms. Baca and kissed her without consent. He also rubbed his erect penis against her body while continuing the sexual assault, at one point even restraining her arms. Ms. Baca testified she was terrified of what he might do next. Thankfully, she was able to get away.

WHAT: Sadly, Baha’s defense attorney, Linda Savitt, attacked Ms. Baca’s character and attempted to victim shame and victim blame throughout the trial. During closing argument, Ms. Savitt even suggested that if Ms. Baca knew that Baha was sexually interested in her, she shouldn’t have shown up at the following meeting wearing a tight yoga outfit with see-through material on the side of the legs. Despite the progress we’ve made with #MeToo, it was sad to see the insinuation that a woman bears the responsibility and blame for aggressive sexual conduct by a man based on the clothing she chooses to wear. It was particularly sad hearing that from another woman. Thankfully, the jury rejected that outrageous suggestion.

“As is often the case with wealthy and powerful men, when the woman will not go along with what is demanded, the man simply feels it’s his for the taking,” Ms. Baca’s attorney, Samuel Dordulian, said. “But we were able to marshal the evidence against Baha in this case, and justice prevailed.”

TRIAL BY PRESS: A year after filing the initial complaint, a story in the Pasadena Star News claimed through direct quotes from attorney Linda Savitt that Ms. Baca’s lawsuit was “crumbling” and “falling apart.” The story, which ran in October 2019, also suggested Ms. Baca’s lawsuit was harming other #MeToo victims “who have legitimate sexual harassment claims.”

The story quoted Baha who (unsurprisingly) “agreed” with Savitt’s sentiment and noted that Ms. Baca “made cynical use of the courts and the #MeToo movement.” Curiously, Ms. Baca was never given an opportunity to comment in the 2019 story which maligned both her reputation and the validity of her claim.

But as attorney Samuel Dordulian noted after Wednesday’s trial victory, his client being vindicated is what’s most important. “She’s gone through hell to get this victory, but it was absolutely worth the fight and I’m thrilled that she’s finally vindicated despite so many parties working in unison to smear both her case and her reputation,” Dordulian said.

ABOUT DLG: Dordulian Law Group is the nation’s leading sexual assault law firm offering a unique four-tiered form of representation that goes beyond legal expertise to include critical resources and a 24/7 support network of dedicated professionals known as the SAJE Team (Sexual Assault Justice Experts).
CONTACT: For more information please call 818-322-4056 or email JKitchen@Dlawgroup.com. Attorney and client available for interview or comment.

Dordulian Law Group represents survivors of sexual assault, abuse, harassment, and misconduct nationwide. As a Deputy District Attorney for Los Angeles County, Sam Dordulian worked as a sex crimes prosecutor, successfully obtaining life sentences against some of the state’s most heinous criminals. Since founding his firm in 2008, Dordulian and his experienced team have successfully recovered over $100 million for clients.