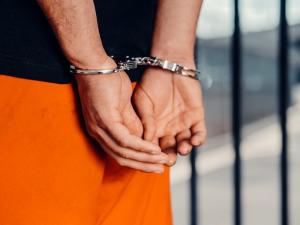 LOS ANGELES, CALIFORNIA, UNITED STATES, October 13, 2021 /EINPresswire.com/ — Thousands of California prisoners serving time for manslaughter, attempted murder and other prospective or homicide-like convictions they did not actually commit may receive relief on their sentences thanks to Gov. Gavin Newsom’s recent signing of Senate Bill 775.

The new law builds on 2019’s SB 1437, which brought relief for individuals who had homicide convictions but were found to not have been substantial actors in the alleged homicide nor to have acted with reckless indifference to human life. SB 775 expands the law to include those who participated in crimes where no malice was intended, as well as those crimes in which homicide was attempted but not carried out. Previous to SB 775, the law allowed for relief when a homicide actually occurred. Now, even where no homicide took place, individuals can receive the same relief.

“SB 1437 changed the way we look at ‘felony murder,’ but it didn’t go far enough to consider malicious intent, situations where no one actually died or individuals who were threatened with homicide charges and took a plea deal for a lesser offense,” said leading California criminal appeals attorney Matthew Barhoma, founder of Los Angeles-based Barhoma Law P.C. “SB 775 is a significant new law that will materially impact many incarcerated individuals.”

SB 1437 stated that individuals cannot be convicted of first- or second-degree murder under a theory of “felony murder” or “murder under a natural and probable consequences theory,” where such individuals were not the actual killer, did not act with the intent to kill, were not major participants in the crime, and did not act with reckless indifference to human life.

Further, individuals previously convicted of first- or second-degree murder under these theories — but who could not have been convicted after SB 1437 was enacted — were eligible to have their cases recalled for resentencing. SB 1437, however, left gaps in the law under two circumstances. The first was when the crime was unintentional but no malice was intended (SB 1437 aided malice cases). The second gap left no provision for the other party in an attempted-murder case.

Additionally — and critically in the post-conviction world — these changes to the law will offer an avenue for relief to those already convicted and sentenced under the old law to petition the court for recall and resentencing.

“SB 775 finally brings hope to prisoners languishing behind bars for crimes they didn’t commit under a problematic criminal justice system,” said Barhoma. “It was past time for these people’s cases to be reviewed and relieved. California did the right thing by recognizing that unjust sentencing cannot prevail.”