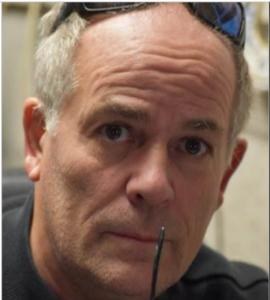 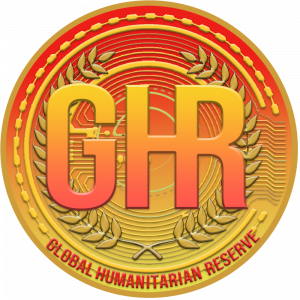 Jeb Stuart Productions mission statement is to bring back wholesome family faith based films to the entire world, where a percentage of his film projects help many charities in the USA and abroad. JSP and GHR's Mission Statement and Purposes are well aligned.

Families enjoying Christopher Hensel's movies aren't just conservative families and Christians, they are Jewish Orthodox, Islamic and Asian families as well. Many family gatherings at churches, temples, and community events use film and video to entertain children and they want to ensure that the material is safe for viewing. Christopher Hensel makes sure his movies are family friendly and age appropriate.

Christopher started off professionally in Pittsburgh working for Don Brockett Productions (Chef Brockett on Mr. Roger’s Neighborhood). As a result of a chance meeting with the Dukes of Hazard people at CBS and Warner Brothers, Christopher captured the part of Jeb Stuart Duke, became a series regular 1980-1981, that started his television career. He didn’t realize at the time, but all the hanging out behind the scenes with the directors and producers and stuntmen, literally prepared him to establish a film company that produces faith based and family friendly entertainment.

Then came The Family Feud with Richard Dawson as The Dukes of Hazzard Family and three other amazing shows, (Dallas, It’s a Living and of course The Jeffersons.). Christopher went on to star in “The Kid Super Power Hour with Shazam”. Right after filming the Dukes of Hazard where he had 14 songs on national television and national attention for the next couple of years – then came some choice film roles with Christopher Reeves in Cobbs Law and many more guest starring roles in Film and TV like “The Renegades” with Patrick Swayze and Keenan Ivory Wayans, to name a few.

Christopher is back and stronger than ever with Dukes of Hazzard Celebrity shows and Comicons. He has been writing family faith based films about his childhood upbringing and then combining them with the best of the wholesome family TV shows he grew up on. His next movie release is SALVAGE YARD "SHINE" BOYS, a Patriotic Family Faith-Based film series that tracks a young country western singer's journey to stardom.

When was the last time you felt comfortable watching a film with your family without worrying about its content? This series reflects the good family values of the Mahan family who are dealing with bitter estrangements, bending the law to make ends meet, relying on faith in moments of both joy and heartache, and fighting tooth and nail to fulfill their destinies. Appropriate for all ages, this slice of Americana will feature special musical guest stars, car chases, and a literal barn burning finale that will keep you on the edge of your seat.

Jeb Stuart Productions was formed to put faith and family back into the film industry.  The first movie of the series was shot on location in Tennessee and Texas March 1st through April 11th and will be released by the end of 2021.

Gary Jones, world renowned founder of HAMMER STRENGTH has joined GHR.Network as a business advisor. Dr. Kevin Maguire (Doctor of Osteopathy) Anchorage, Alaska is currently working with the Veterans Administration in Anchorage. Dr. Carlos Martoral of Orlando, Florida and Dr. Maguire will be the heads of our Health Related Projects. https://www.lifefitness.com/en-us/hammer-strength/blog/origins-iconic-strength-training-brand

We continue to work with Habitat for Humanity in Mexico in the construction of homes for the needy. Global Humanitarian Reserve's Smart Contract (the most important part of this project) was created by Carlo DiTucci of https://Satoshinet.com

The vision of this PARTNERSHIP between Jeb Stuart Productions and Global Humanitarian Reserve is to provide investors and advertisers – who share a belief in God, humanity, practice their faith, and want to promote family values – the opportunity to bring wholesome family values back into entertainment.

Don't be shy – step up and speak to Chris Hensel or his lawyers directly. Join us and help bring civility back into family entertainment.