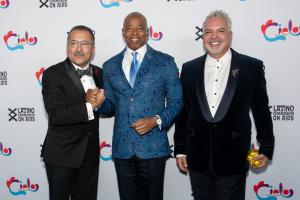 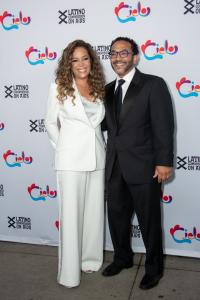 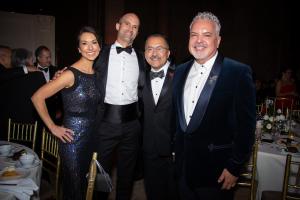 Thank you to the amazing leaders and advocates in the fight against HIV and AIDS who joined us to help us continue our mission to end the HIV pandemic and its impact on Latinx communities.”
— Guillermo Chacon

NEW YORK, NEW YORK, USA, October 19, 2021 /EINPresswire.com/ — The Latino Commission on AIDS culminated its 30th anniversary at its annual Cielo Gala on Friday, October 15, 2021 at Cipriani Wall Street in New York City under the theme Designing a World Without AIDS. The event recognized several individuals who continue to work to fight against HIV and AIDS. Those honored included Dr. Rachel L. Levine, Assistant Secretary for Health for the U.S. Department of Health and Human Services (HHS), Somos Health whose award was accepted by Co-founder Henry R. Muñoz III, and Lucciano Reberte. Social justice advocate and Black revolutionary Joel “Joela” Rivera was recognized as the Commission’s Youth Ambassador as the organization renewed its commitment to educate youth and new generations about HIV and AIDS, and Miss Universe Andrea Meza, who has been inducted as the newest Madrina of the Commission was also recognized.

“Thank you to the amazing leaders and advocates in the fight against HIV and AIDS that joined us at this years’ Cielo Gala to celebrate our 30th anniversary to help us continue our mission to end the HIV pandemic and its impact on Latinx communities across the U.S. and Territories,” said Guillermo Chacon, president of the Latino Commission on AIDS and founder of the Hispanic Health Network. “Latinos remain disproportionately affected by HIV, in terms of social stigma, new HIV diagnosis and the total number of HIV cases. We must continue working on education, prevention and access to care efforts in all communities until we end HIV!”

The Cielo Gala is an important platform to recognize the work of those who support the Commission’s goals of ending HIV and AIDS and improving overall health outcomes and wellness for the Hispanic/Latinx community. As Assistant Secretary of Health for the U.S. Department of Health and Human Services, Dr. Rachel L. Levine fights every day to improve the health and well-being of all Americans and build a stronger foundation for a healthier future – one in which every American can attain their full health potential. She received the Esperanza (Hope) Award for contributing to a sense of hope and possibility for preventing HIV and ending AIDS.

SOMOS Health has been a critical partner with New York State to increase access to the COVID-19 vaccine in underserved communities and was recognized with the Business Leadership Award, for its continued commitment to breaking down barriers to healthcare. The award was accepted by SOMOS co-founder Henry R. Munoz III, a nationally respected voice in the Latino community, an award-winning designer and planner, and a leader of American politics, art, public affairs, and philanthropy and was presented by Sunny Hostin, co-host of ABC’s The View,
Luciano Reberte, a Latino gay immigrant living with HIV and an advocate for LGBTQ communities, social justice and HIV rights, received the esteemed Dennis de Leon Voz de Compromiso (Voice of Commitment) Award, named after the former dynamic leader of the Commission, for his courage and strength as a health and HIV/AIDS advocate.

The 2021 Gala culminated the Commission’s commemoration of 30 years of service and launched a new era of service and commitment to meet the health challenges ahead. The evening was hosted by Ana Cabrera, anchor of CNN Newsroom, and fashion designer Mondo Guerra. Throughout her tenure at CNN, Cabrera has extensively reported on everything from the COVID-19 pandemic, politics, to natural disasters, to mass shootings and more. Guerra is renowned as a breakout star of Project Runway and the first openly HIV-positive designer on the show.
Choreographer and director Maria Torres presented a theatrical tribute, three-time Grammy-winning Spanish Harlem Orchestra led by Oscar Hernandez provided live entertainment during the event and acclaimed talent DJ Missy B played tracks into the night.
Donations are still possible at www.cielolatino.org.

About the Latino Commission on AIDS
The Latino Commission on AIDS (Commission) is a nonprofit organization founded in 1990 dedicated to meet the health challenges and address the impact of HIV and AIDS, viral Hepatitis, and sexually transmitted infections (STIs), addressing stigma in the Hispanic/Latinx community. The Commission is the leading organization coordinating National Hispanic Hepatitis Awareness Day (May 15), National Latino AIDS Awareness Day (October 15), Latinos in the South, the Latino Religious Leadership Program and other prevention, research, capacity building, and advocacy programs across the United States and its territories. The Commission is also the founder of the Hispanic Health Network, dedicated to addressing health disparities.