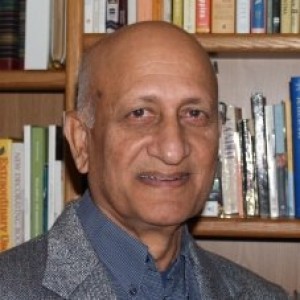 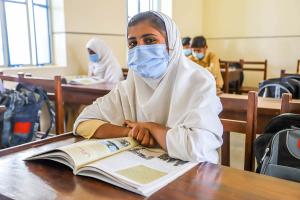 Pupils at a TCF school 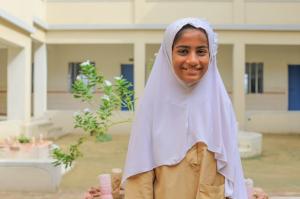 BERKELEY, CA, UNITED STATES, October 22, 2021 /EINPresswire.com/ — In a live webinar co-hosted by the University of California Berkeley and Stanford University, author and TCF-USA Director Amjad Noorani discussed his bold suggestions for sweeping reforms for education in Pakistan and the key role The Citizens Foundation is playing in providing gender parity in the classroom for girls and boys. Here’s the recording of the webinar.

Noorani underpinned his remarks with his contention that the solutions for Pakistan’s educational challenges must be applied with compassion for the needy and poor underprivileged communities that have largely been deprived of quality education.

“Probably the biggest challenge will be changing and maintaining a good curriculum or content of education. As we speak, Pakistan is going through a shift in its curriculum priorities,” he said. “I feel the solutions must begin with compassion for the poor, more schools, better quality schools, better teaching standards, better management, and certainly better curriculum and content of teaching for better learning outcomes.

“Unless we have a sound K-12 education system, we cannot feed into a good university college system, and we will be struggling to develop an educated, balanced and competitive workforce. So, it's a no-brainer to say that education really leads economic development.”

Talking on October 19 at the virtual event organized by the UC Berkeley Pakistan Initiative with the Stanford Graduate School of Education, Noorani made several recommendations he believes are key to transforming the education landscape in Pakistan. They include creating:

• A national registry listing the number of schools, where they are, and the numbers of pupils.
• A rating system to grade the content and quality of education they deliver.
• A quality improvement program providing schools with support for better teacher training, aids to supplement the curriculum, and other measures.
• A system for credentialing teachers with a mandatory 4-year degree and specialized training on subjects such as math, science, languages, and technology.

“Overall, there has to be a better management system and I strongly believe it has to be led by public demand. It will not be given to the people and to the system by the bureaucracy. It has not happened in 70 plus years, and it probably will not happen unless there's a strong demand,” added Mr. Noorani, author of Agents of Change: The Problematic Landscape of Pakistan’s K-12 Education and the People Leading the Change (Oxford University Press).

The author and education reforms activist singled out The Citizens Foundation (TCF), a non-profit which runs 1,687 low-cost but quality private schools in the country’s poorest urban and rural communities for illustrating with evidence that poor families do want their children, girls as well as boys, to receive a quality education.

While nationally there is a higher drop-out rate among girls, especially in secondary schools, he said TCF schools address the problem by having an all-female faculty of 13,000 teachers.

“You can imagine that as a conservative parent, I would be more comfortable sending my daughter to school if all the teachers were women; it adds to their comfort level for safety and the communication between the mother and the teacher further cements that relationship between the school and the family,” he said.

“Even though there is a slight drop off in the girls’ retention rate in secondary schools, it is not as great as we see in the public schools or the low-cost public schools,” he added.

Asked about the influence of colonization and the importance of a first language, Mr. Noorani said he believes it is important for children to learn English, but he insists the focus in early education should be the child’s mother tongue. “We should adopt that as a policy,” he said. “Yes, it has its challenges. Yes, it will require many different languages to be accommodated, but it's important that it becomes the foundation of education. After the first three years in school, the child can be taught other languages, as a language.

“Colonial influences linger for a long time, and it's been long enough. I think it's time to shed that cloak that English is a superior language. All languages are equal. English is important, but regional languages in Pakistan need to be promoted as essential languages,” he added.

While organizations like TCF have done much to improve education for underprivileged girls and boys in rural locations as well as in the cities, Noorani believes it is time for interested parties to group together to make real changes and has voiced a call to action in his book.

“I believe a lot has been done for education reform,” he told the webinar. “There are some very good agencies and institutions that have done some baseline work and made some recommendations. The unfortunate thing is that it has not been a cohesive effort based on a plan for reforms. Any attempts that have been made in the past have been piecemeal. Going forward, it needs to be a cohesive plan done through a common voice and a coalition of civic society groups, and influential people who can influence policymakers.

“The demand has to come from the educated, from the affluent, from the influential. And it must be based on compassion and the needs of the poor. That's where the problem is. We have sorely lacked that compassion, and we have let that disparity grow both socially and economically. That is not good for the country.”