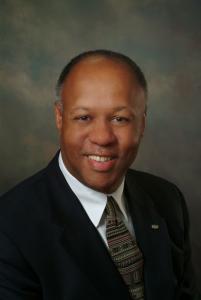 LOS ANGELES, CA, UNITED STATES, October 22, 2021 /EINPresswire.com/ — Dr. James O. Rodgers has accepted the position of Director of the Executive Academy for the Information Technology Senior Management Forum (ITSMF). In this role, Rodgers will design and deliver a learning experience for executives of color to prepare them for higher level (C-Suite) roles in their companies. This role draws on Rodgers' experience as a high-end executive coach and his former role as a director of the corporate university at BellSouth. The early buzz has been overwhelmingly positive for the executives who report learning details they never expected as part of the senior leadership role.

Dr. Rodgers said he plans to continue in this role for many years to come because it satisfies his personal purpose and calling. “I describe myself as an engineer, a business analyst, a research scholar, and a spiritual teacher," states Rodgers. "All I ever wanted to do was help others achieve beyond their own expectations.” He has adopted a motto for the Executive Academy – Building Leaders of Color for a Changing World. Rodgers observed in his recent article, “Why Are there so few Black CEOs”, that a lack of understanding about the rules of the game is the biggest barrier for executives of color to move into the highest roles in corporate America. He hopes to fill that void.

Dr. Rodgers is known professionally as The Diversity Coach. He is recognized nationally and internationally as a thought leader in the field of diversity management and the leading strategist in the field.

ITSMF is the leading association for technology executives of color. It conducts university-level executive development through its three academies, Emerge Academy for women of color, Management Academy for early career executives, and the Executive Academy for seasoned executives with aspirations for the highest levels of leadership.

Dr. James O. Rodgers was recently elected to be a Fellow of the Institute of Management Consultants (IMC-USA). The Fellow of the Institute is the highest honor awarded in the management consulting profession. Jim has been called a “keen observer of business from many perspectives” and is acknowledged by his colleagues as the leading strategist in the field of diversity management. Jim is the author of the groundbreaking book Managing Differently: Getting 100% from 100% of your people 100% of the time which changed the conversation about diversity and has been adopted as source material for a number of major MBA programs including Kellogg School of Management. His second book, Epiphany: Finding Truth without Losing Faith is designed to change the conversation about religious diversity.

James is an engineer (a B.S.E.E. in Electrical Engineering from Howard University), a business strategist (an M.B.A. in Management from the University of Alabama at Birmingham), and a scholar (Ph.D. in Management from Walden University). He was a Guest Facilitator for Georgia State University’s Leadership and Strategy M.B.A. course, and designed and presented Executive Management courses at Cornell University and Kellogg School of Management. James has provided advice and counsel to over 200 companies including industry giants such as IBM, Coca-Cola, Johnson & Johnson, the Southern Company, AT&T, Thyssen Krupp Elevator and the NNSA. He is the thought leader for the concept of diversity management as a key business strategy, which he calls Deliberate Diversity™. Jim has become the leading resource for leaders who want to use diversity to achieve better business results. He teaches business owners and executive teams how to create tangible results with diverse teams by effectively managing people and valuing differences.

Jim is known as a masterful facilitator of difficult conversations, an extraordinary coach, a seasoned speaker, and a prolific writer. He is also a spiritual teacher and a serial non-profit leader. He has chaired half dozen major non-profits like Habitat for Humanity and served as Vice-Chair of the High Museum of Art in Atlanta. He is currently a principal driver of the literacy movement in Georgia (Literacy for All).