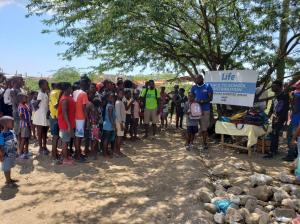 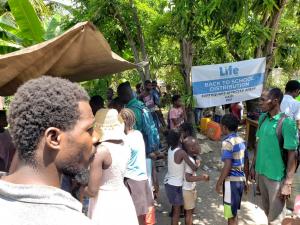 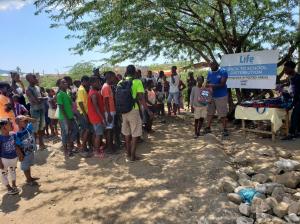 SOUTHFIELD, MICHIGAN, UNITED STATES, October 25, 2021 /EINPresswire.com/ — The ongoing political battle in Haiti has left many devastated, including Life for Relief and Development (LIFE), a nonprofit organization based out of Southfield, Michigan. Recently, two LIFE volunteers were killed by a criminal gang in Haiti, while coming out of a bank.

There is an overwhelming amount of exasperation in Haiti, with protests against the harsh economic and political conditions. Poverty is at an all-time high as criminal gangs are demanding money from business leaders, religious leaders and anyone that they can have leverage over to receive money.
Both LIFE volunteers, who shall remain anonymous due to safety reasons, worked as security agents, one leaving behind two kids and a wife, and the other a wife and daughter. The volunteers helped LIFE by securing the road and getting information on where to pass safely with emergency aid for those in need. During the 2020 hurricane, LIFE would not have been able to distribute emergency baskets to victims of the natural disaster without their knowledge and help.

Since 2010, LIFE has been working in Haiti by supporting orphans, providing backpacks of school supplies to children when school starts, as well as providing emergency aid during natural disasters, such as hurricanes and earthquakes. This past September, LIFE distributed care packages, containing tents, sleeping bags and water bottles to families that were affected by the recent earthquake. The distributions took place in: Aquin, Camperin, Corridor, Morisseau, Monsejou, Bord de Mer, and Brodekin. LIFE also distributed school kits to students that survived the earthquake in Ecole les hirondells de St-Thomas d’Aquin and Ecole notre-dame de la mer d’Aquin.

LIFE sends their sincere condolences to the families of our volunteers who passed away tragically and will continue to support their families in this time of need.

Life for Relief and Development’s mission is deeply rooted in the belief that saving lives should be a priority of all mankind. For this reason, Life is dedicated to alleviating human suffering regardless of race, color, religion, or cultural background. In response to poverty, famine, social and economic turmoil, natural disasters, war, and other catastrophes, Life works to provide assistance to people across the globe by offering humanitarian services such as food, water, and temporary shelter as well as healthcare and education.