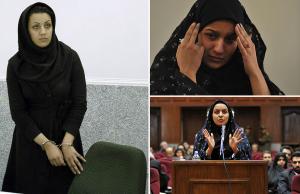 (PMOI/MEK Iran) & (NCRI): October 25 marks the anniversary of the execution of Reyhaneh Jabbari. Iran’s misogynist regime hanged Reyhaneh because she had killed Morteza Sarbandi, an official of the Ministry of Intelligence, in self-defense, as he attempted to rape her. 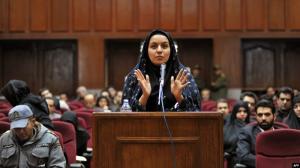 (PMOI / MEK Iran) and (NCRI): The regime’s misogynous judiciary officials verbally assaulted Reyhaneh each time at court. The criminal judge Tardast blatantly told Reyhaneh that she “should have let him rape her and then filed a complaint.” 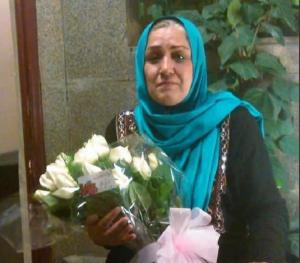 (PMOI/MEK)&(NCRI): My kind mother, Sholeh, the one more dear to me than my life, I don’t want to rot under the soil. I don’t want my eye or my young heart to turn into dust. So that it is arranged that as soon as I am hanged my heart to someone who needs them as a gift. 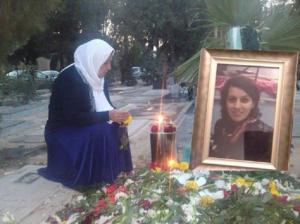 (PMOI / MEK Iran) and (NCRI): “Dear Sholeh, today I learned that it is now my turn to face Qisas (the Iranian regime’s law of retribution). I am hurt as to why you did not let me know yourself that I have reached the last page of the book of my life. 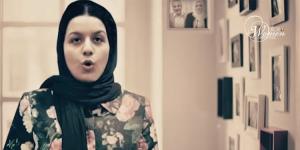 (PMOI/MEK Iran) & (NCRI): Reyhaneh stands as an example of Iran’s defenseless women who are handed the death penalty without deserving it. At the same time, she has become an icon for brave women who do not succumb to the Iranian regime and its demands. 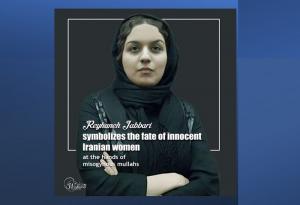 (PMOI/MEK)&(NCRI): Reyhaneh was viciously tortured to make false “confessions” which would whitewash the methods & image of the Ministry of Intelligence, but she did not give in. Instead, she wrote about the incident & about many women in the clerical regime’s jails who 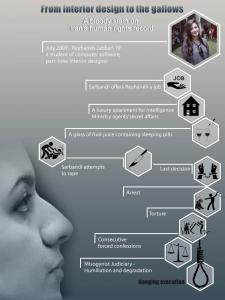 (PMOI/MEK)&(NCRI): Reyhaneh portrayed the oppressive discrimination against women by the clerical regime & specifically the judiciary officials. I admit that I no longer care to live this kind of life. It seems to me that life is not just breathing & passing the times. 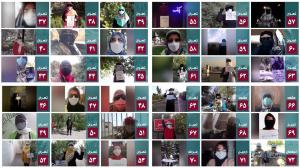 (PMOI/MEK Iran) & (NCRI): Some of their slogans of MEK resistance units read, “Maryam Rajavi is the voice of freedom and human rights for the Iranian people,” “We will take back Iran and rebuild this beautiful country,” and “Democracy & freedom with Maryam Rajavi.”

Raisi oversaw the inhumane torture against prisoners arrested during the major Iran protests, including women, who endured both physical and sexual harassment.

In video messages on October 20, over 120 defiant women and Resistance Units of the Mujahedin-e Khalq (MEK/PMOI) vowed to continue the struggle against the misogynous mullahs' regime in Iran.”
— NCRI

PARIS, FRANCE, October 26, 2021 /EINPresswire.com/ — October 25 marks the anniversary of the execution of Reyhaneh Jabbari. Iran’s misogynist regime hanged Reyhaneh because she had killed Morteza Sarbandi, an official of the Ministry of Intelligence, in self-defense, as he attempted to rape her. Seven years later, more innocent women have been the victims of the regime.

Reyhaneh Jabbari, 26 years old, was an interior designer who went to Sarbandi’s office on business, but Sarbandi tried to rape her. Reyhaneh was sentenced to death following years of imprisonment and going under various forms of torture to make false confessions.

The regime’s misogynous judiciary officials verbally assaulted Reyhaneh each time at court. The criminal judge Tardast blatantly told Reyhaneh that she “should have let him rape her and then filed a complaint.”

This claim is completely absurd as in Iran under the mullahs’ regime, the laws are not to protect people, rather they are to strengthen the regime’s grip on power.

On October 15, it was reported that Farahnaz Khalili, a 25-year-old photographer, committed suicide after a judge dismissed her complaint of rape and assault. Two months before her suicide, Farahnaz photographed a garden wedding. At the end of the event, the client verbally and physically abused her.

When Farahnaz filed a complaint and met the judge, he told her, “You must have been loose to go to such a place.” She hanged herself out of grief, leaving this note behind: “I wasn’t able to claim my right. After me, go and get my right.” The man who assaulted Farahnaz has ties to the regime’s top local officials.

In another case, Parastoo Navardi, a 36-year-old mother of two, was attacked by the regime’s prosecutor for speaking to the media about how her husband tortured her. Parastoo said her husband would mock execute her with a noose every night after he used crystal meth. She has gone blind in one eye. Signs of torture are evident on her body. The regime’s prosecutor in Abadan, Khuzestan province, attacked her once she went to the court to file a complaint. Parastoo’s sadistic husband is still free and has custody of her two children.

Reports from Iran also indicate ongoing acid attacks on women in recent years under the same pretext by the regime’s thugs. In addition to the regime’s systematic mistreatment of women, the mullahs’ misogynous laws fail to protect women’s rights. Earlier in 2021, a man beheaded her 14-year-old daughter, Romina Ashrafi, while she was sleeping. The regime’s constitution does not punish the father for killing his children. Thus, the man only received two years in prison. The regime’s misogynous constitution does not recognize Iranian women’s rights, it considers them simply as second-class citizens.

Iran, under the mullahs’ regime, is considered one of the worst places for women. The regime’s so-called “moderate” former president, Hassan Rouhani, who assumed office in 2013 until 2021, oversaw the execution of 121 women. Rouhani had also boasted of being the first regime official to impose mandatory veil in Iran’s army.

Now, with Ebrahim Raisi, also known as the hanging judge, as president, the world should expect more oppressive measures against women. Raisi and his administration do not have the “moderate” façade of Rouhani.

Raisi has a dark record of human rights. He was one of the leading officials during the 1988 massacre of over 30,000 political prisoners. Before the mass executions, Raisi served as a deputy prosecutor in several Iranian cities.

Farideh Goudarzi, an Iranian political prisoner, has testified on several occasions about Raisi’s presence in the torture chamber. “One of the people who were present during my torture was Ebrahim Raisi, then Chief Prosecutor of Hamedan and one of the members of the Death Committee in the 1988 massacre.”

Ms. Goudarzi was pregnant and gave birth to her son 15 days after her arrest and while being under torture. Her husband, Behzad Afsahi, was hanged in June 1984 after enduring severe tortures.

Raisi has also enforced the regime’s misogynous laws while serving as the mullahs’ Judiciary Chief from 2017 to 2019. He oversaw the inhumane torture against prisoners arrested during the major Iran protests, including women, who endured both physical and sexual harassment.

Simultaneous with the anniversary of introducing Mrs. Maryam Rajavi as the President-elect of the National Council of Resistance of Iran (NCRI) for the six-month transition period, in video messages on October 20, over 120 defiant women and Resistance Units of the Mujahedin-e Khalq (MEK/PMOI) vowed to continue the struggle against the misogynous regime.

In a nutshell, there is a historical struggle between Iranian women and the ruling theocracy. There is only one outcome to this struggle by the Iranian women, and that is freedom and equality.