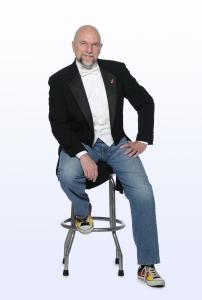 This year’s deserving honoree, Dr. Tim Seelig, is Artistic Director and Conductor of the San Francisco Gay Men’s Chorus and the National LGBTQ Center for the Arts. 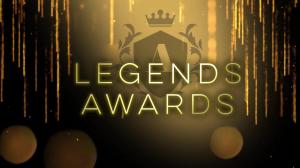 The Legends Archive was created to recognize those people of our own era that we feel have shaped the LGBTQ+ community that we live in.

Dr. Tim Seelig among honorees to be awarded at upcoming gala on November 12th

Each year, The Academy celebrates individuals who have shaped the LGBTQ+ community. Honoring them as a “Legend,” they will be recognized at the gala and included in The Legends Archive exhibit.

“We have always been aware that the LGBT community has many unsung heroes,” says The Academy Co-Founders Nate Bourg and Paul Miller. “We want to make sure the legends of our era are not forgotten. The gala brings together the various elements of
our wild LGBTQ+ family, honors our heroes and supports The Archive.”

This year’s deserving honoree, Dr. Tim Seelig, is Artistic Director and Conductor of the San Francisco Gay Men’s Chorus and the National LGBTQ Center for the Arts. He is the Conductor Emeritus of the Turtle Creek Chorale, made his solo recital debut at Carnegie Hall, and conducted there and The Lincoln Center for 25 years. “We are thrilled about Dr. Seelig’s induction into The Legends Archive,” says Bourg. “And we encourage the community to know and celebrate those transforming the world for all LGBT people.”

As part of the celebration and gala, The Academy will also present several prestigious Community awards:

The Architect Award—Recognizing those instrumental in creating something new that adds to the LGBTQ+ community, Scott Peterson will be awarded for his tireless work maintaining, transforming and promoting the Powerhouse, a pillar of SOMA nightlife.

The Exemplar Award—Celebrating those who inspire others to do better, and be better versions of themselves, this year's award will be presented to Nikki (Tita Aida) Calma. Honoring her ongoing commitment to the Asian and Pacific Islander community, HIV education and outreach and Trans rights, she sets an example for us all.

Diane Jones Solidarity Award—Honoring those who bridge divides between one or more demographic groups within the LGBTQ+ community, this year’s award will be presented to Leo Herrera. His work on the FATHER'S project celebrates the men of our lost generation and imagines a world where their creativity, power and passion had not been lost.

The 2021 Legends Awards promises to be the most spectacular event to date. Hosted by the incomparable Sister Roma, Donna Sachet, and Liam Mayclem the evening features musical guest Linda Stonestreet, poetry/spoken word from, and awards presented by distinguished members of the community including Ali Mafi, Mercedes Munro and Miss Rahni. The gala concludes with a cocktail reception at The Academy Social Club, featuring Juanita MORE!.

The Academy Legends Awards gala is Friday, November 12, 2021 from 6-10pm at The Swedish American Hall and The Academy. Tickets range from $40-$80 and are available now at academy-sf.com/event-details/the-legends-awards.

About The Academy
The Academy is a LGBTQ+ social club open to all, focused on promoting genuine social interactions while offering engaging programming in collaboration with nonprofit organizations, local businesses, and leading community members. Founded in 2017, the club is located in San Francisco's Castro District.
​
The social club is open to anyone who wishes to apply–all are welcome–and aspires to be diverse in age, race, gender, and social standing, with all members sharing a common interest in engaging in the community and valuing in-person interactions.
​
In addition to the social club and its associated programming, The Academy also offers a barber salon, a daytime co-working lounge called Academy Daylight, and has space available to rent for private events.
​
The Academy is proud of its continued collaboration with various social, civic, and community organizations.