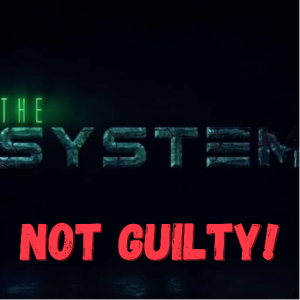 PROTESTORS DEFEAT RESIDENTIAL PICKETING CHARGES BY ARGUING THAT POST COVID, THE CEO OF A COMPANY COULD BE PROTESTED AT HOME BECAUSE OF COVID OFFICE CLOSURES

Four participants from TVUnleashed’s show "The System" have been acquitted on charges of residential picketing by a judge and jury in the Peoria County Court. The day-long trial saw a judge throw out three of the four protestors charges after the State Attorney failed to prove the defendants were present for the protest in question. The fourth protestor’s charges were sent to the jury, who, after hearing the evidence, came back with a 12-0 verdict of not guilty.

This case stems from a protest held in October 2020 at the home of Jonathan Michael, the President of RLI Insurance Company. The protestors had their trials set for October 2021, and Monday they returned to Peoria to defend their constitutional rights.

Michael Phillips, who was charged with residential picketing and resisting arrest, issued the following statement after his acquittal:

“Peoria County District Attorney Jodi Hoos is the DA of the 1%. She will see protestors arrested so that she can coddle billionaires who are offended by having Black or Brown people in their neighborhoods. I plan to file litigation against Jonathan Michael and the Sheriff for malicious prosecution. Sometimes you have to stand up to make doing the RIGHT THING cheaper than the WRONG THING – in this instance an assault on the first amendment can’t come without a cost”.

The System is a reality tv show featured on www.tvunleashed.com that features young activists who travel the country protesting and fighting for justice on a wide range of topics and social justice issues.

Unleashed is your source for raw and relevant reality TV. With a focus on social justice, Unleashed Entertainment features reality programs that highlight our country's criminal justice system, true American heroes, the fight for racial equality, and the stories no one else will tell.