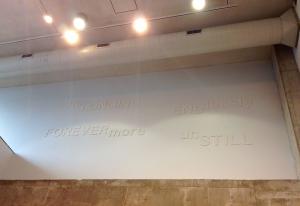 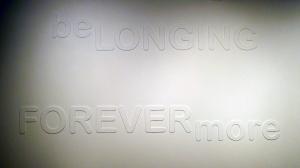 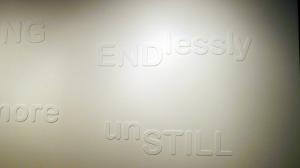 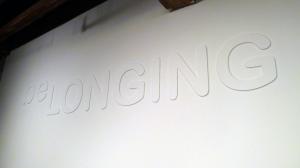 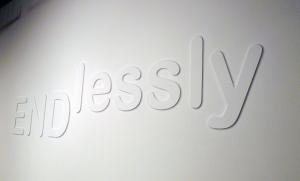 CHICAGO, ILLINOIS, UNITED STATES, November 1, 2021 /EINPresswire.com/ — The makeshift, spontaneous memorial for Gabby Petito was removed on 10/28. And now that it is not making news anymore, it will likely soon be forgotten. UN Women has called the sharply increasing cases of Domestic Violence as the "Shadow Pandemic." The National Coalition Against Domestic Violence (NCADV) highlights October as the National Domestic Violence Awareness Month.

As a survivor of domestic and sexual violence herself, artist Pritika Chowdhry has created an anti-memorial titled "Endlessly," to all victims of domestic violence, particularly Black, Latina, Asian, and White, as a more permanent and meaningful way to not forget about domestic violence victims.
"Following the heartbreaking events of Gabby Petito's disappearance and death, ironically in October, the National Domestic Violence Awareness month, I am dedicating this anti-memorial to victims of Domestic Violence," said Pritika Chowdhry, artist and founder of Counter-Memory Project.

When a memory is unbearable, how do you memorialize it? Traditional rituals and forms of memorialization don't seem to do justice to Domestic Violence, given how widespread it is and how damaging it can be to victims. Pritika thinks of "Endlessly" as a sculptural poem that speaks to the complex experience of domestic violence in several registers:

Victims of domestic violence don't talk about what they are going through, maintaining the façade of a happy relationship. Violence is perpetrated in the guise of love by the partner who claims to be hurt by the victim's actions, with the victims blaming themselves for the violence meted out to them. The perpetrator uses language to control the victim by planting self-doubt and self-blame while dangling love as the reward if the victim would just be what the perpetrator needs them to be.

Composed as a poem, the words "belonging," "forevermore," "endlessly," and "unstill" reflect Pritika's personal experience of domestic violence, with the hope that these words will have universal resonance. The work problematizes language itself and its limitations by breaking and fracturing words: beLONGING FOREVERmore ENDlessly unstill. Incomplete in itself, the words can only exist in the viewer's imagination as a phrase they complete themselves, such as "endlessly seeking," or as "endless cycles of violence," and so on.

"For this artwork, I picked ambiguous words and fragments of phrases, which can be interpreted in different ways based on the subjectivity of the viewer." Pritika adds, "this work is an exercise in paring down to the essentials and an attempt at finding the 'more in less."

The sculptural poem is installed as wood letters painted white, on a white wall, with the edges of the wood letters blended into the wall, continuous with the "skin" of the wall. If one is walking by the wall, one may not even notice them, which is the artist's intent. Domestic violence occurs behind closed doors and is not visible. And, Domestic Violence victims feel compelled to hide what they are going through, emotionally and physically, by using makeup to hide their bruises. Installing this sculptural poem in this manner is a visually poetic way of expressing the visibility conundrum unique to domestic violence.

Often, walls are the silent witnesses of domestic violence because it usually occurs in the privacy of a home. The letters of this work are about 12" high each and installed at this scale, the poem becomes a mural. In Chicago, I will be installing this work as a public art mural as a memorial to all domestic violence victims."

Pritika Chowdhry is an artist, curator, and writer, based in Chicago, IL. She writes about contemporary arts, art exhibitions, arts activism, and political issues. Pritika is particularly interested in writing about art that engages with complex socio-political issues, from a feminist and post-colonial perspective. Graduate of University of Wisconsin, Madison, Pritika has a Master of Fine Arts (MFA) in Studio Practice, and a Master of Arts (MA) in Visual Culture and Gender Studies.

The Counter-Memory Project is a socio-political art project that seeks to memorialize unbearable and difficult memories through art practices that combine research, activism and aesthetics, for social good. Founded in 2001 by Pritika Chowdhry, the Counter-Memory Project also includes several other projects – Ungrievable Lives: The Ghosts of 9/11, Empty Time, Naturalized, Tamas (Darkness): An Archive of 1919, and The Masters' Tongues: Dialectic of Language.