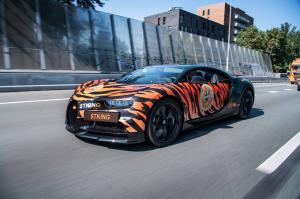 Supporters of Joe Exotic take to the road in Nevada

FORT WORTH, TX, UNITED STATES, November 1, 2021 /EINPresswire.com/ — In March 2020, actress and singer Cardi B was famously told by the founder of GoFundMe that the campaign her team created to support zoo owner and television celebrity Joe Exotic’s legal defense was canceled due to US regulations on providing funds to prisoners. In response, a cryptocurrency was created earlier this year by supporters of the celebrity to help his organization raise funds for his legal and medical expenses. The project is endorsed officially by the Netflix star’s social streams and his legal representatives, Bradley Small and John M Phillips.

The founders of Tiger King Coin have pledged to help Exotic in his fight for justice. The Ethereum-based token is available on various exchanges and it has already seen an astonishing rate of adoption. The project’s roadmap indicates that it will continue to do extremely well over the coming year.
In addition, the developers of the token have added decentralized applications (dApps) to their offerings including an upcoming #TigerForces NFT line destined to be characters in the upcoming Ambush blockchain gaming metaverse as well as ChainChat, the wallet-to-wallet messaging and escrowed private asset sales utility.

18 months after its conclusion, Joe Exotic’s case has returned to the limelight after a re-examination of his case by Joe’s lawyer John Phillips and other legal professionals revealed potential evidence of a set-up surrounding the alleged murder for hire and animal abuse case. With Joe Exotic’s original sentencing already having been overturned by the appeals courts, the potential exists for a release with “time served” or a retrial.

The grassroots effort by the community of $TKING holders to raise awareness has borne fruit, catching the attention of Cardi B who responded to pleas for help on October 27, 2021, on the social media platform Twitter. Other celebrities and influencers are also responding to the call. Legendary boxing announcer legend Michael Buffer, actor Gary Busey, podcaster Joe Rogan, and politician Sarah Palin have all mentioned the star and his fight for justice in the past week. As mentioned in previous articles, fans of the show and the crypto have also taken to wrapping their supercars in tiger stripes in support of the Netflix star. A $3.5m Bugatti Chiron has been seen in Amsterdam, as well as a Ferrari 488 Spyder spotted in Las Vegas, NV

The backstory on this case is widely reported as being the source material for the upcoming Season 2 of the Netflix television series Tiger King, releasing November 17th. Tiger King Coin marketing campaigns are already active in preparation for the upcoming Tiger King Season 2 release on November 17. After the show’s release marketing will shift to the Asian markets in anticipation of the coming Year of the Tiger which begins February of 2022.