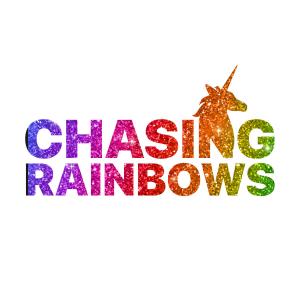 As a founder who identifies as gay and a person of color, I found capital raising hard. Really hard. I want to do what I can to level the playing field for founders from under-represented communities.”
— Ben Stokes

NEW YORK, NEW YORK, USA, November 5, 2021 /EINPresswire.com/ — Chasing Rainbows today announced the launch of its first Rolling Venture Fund. The fund, administered by AngelList ventures, will invest in founders and founding teams made up of womxn, people of culture (not just color) – that’s black, brown, latinx – and more specifically – those who identify as LGBTQ+.﻿

“Raising capital is hard. But it’s even harder for minority founders.” says Ben Stokes, General Partner for Chasing Rainbows. “Of the less than 0.05% of all startups that raise capital only 2.4% are minority-led – and 0.2% of those are founded by black women. If you add LGBTQ into the mix, it’s even more difficult. We want to change that”.

Chasing Rainbows will:
– Help these founders get early access to capital via “Foundation Checks”, so they can focus on growth
– Provide mentoring and investor and business connections as the business grows
– Invest in follow-on rounds, should they require additional capital to scale.

The first fund will launch January 1st of 2022. For more information visit our fund page on AngelList Ventures and chasingrainbows.vc.

About Chasing Rainbows: Founder and General Partner, Ben Stokes is a successful entrepreneur in his own right, having bootstrapped global social gathering platform Socialtable which now operates on all 7 continents. He has also personally invested in Underclub, Kyndoo, Pedul, Campus Concierge App, Cream, Komplyd, Your College Cash, Questify and HearMe.App and is now looking to continue with his investment strategy under the Chasing Rainbows Fund.